This drawing came about as I listened to Dave Gray describing a game that someone came up with in a Gamestorming workshop. The image was so vivid that I just had to capture it in a sketch.

The idea is to create a “weather map” for an online project status meeting. Each project would have the shape of a state or country placed on an imaginary map. Prior to the meeting, each project leader would log in and do two things:

1. Place an avatar of him/herself on a stress meter to indicate his/her current level of stress; and

2. Place a weather icon onto the region representing his/her project, to indicate the current feeling about how it is going.

When everyone arrives in the online meeting, they can see at a glance who is the most pressured, and that person can report out first. Neat, isn’t it?

I don’t know who originally proposed the idea to Dave, but I just love it. 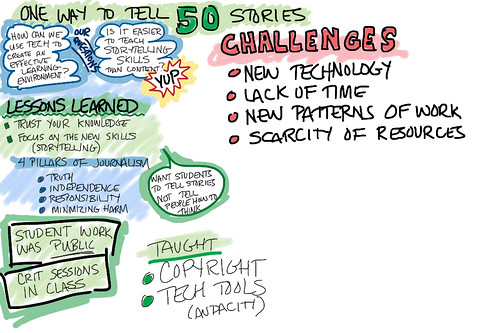 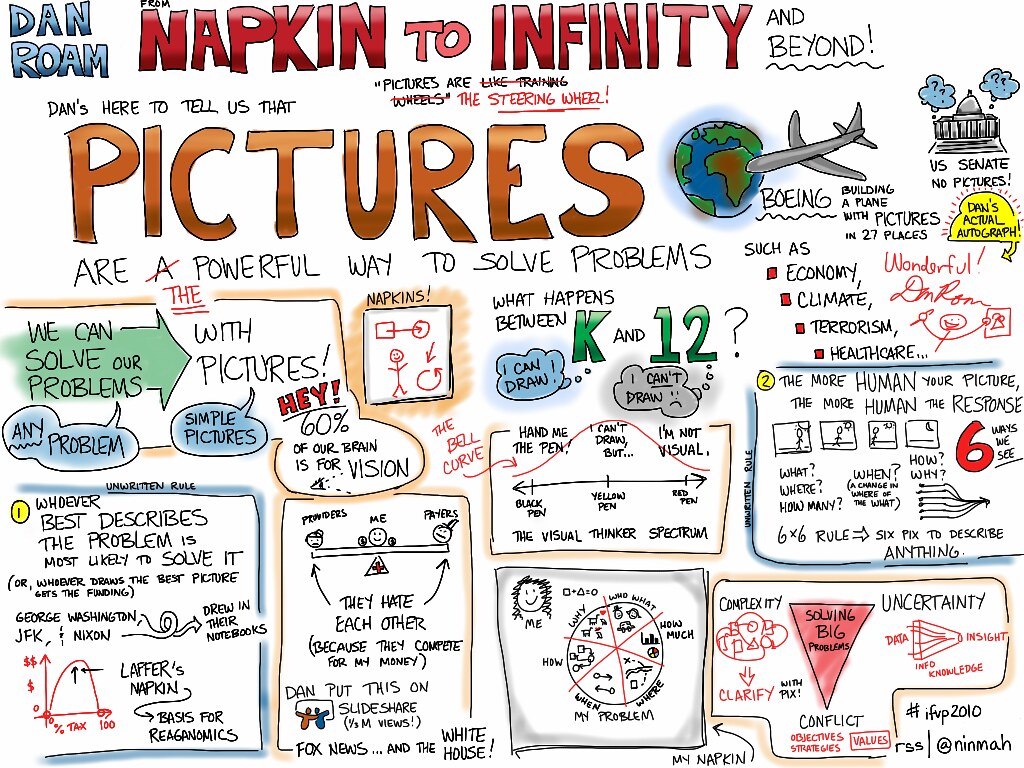 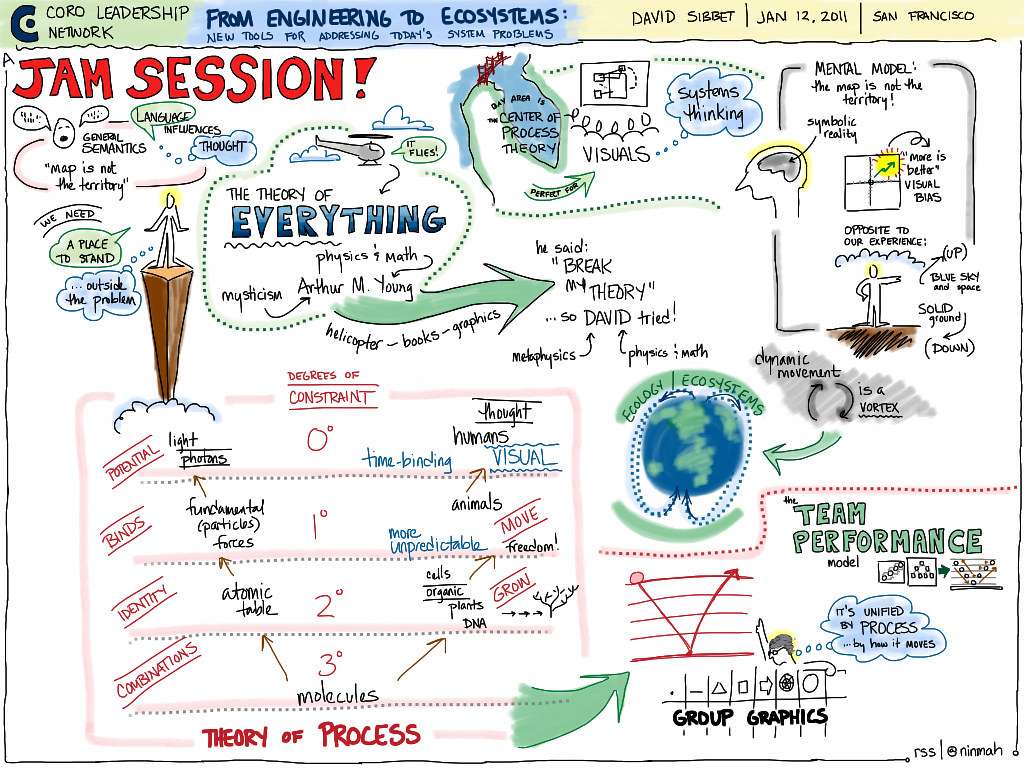