The Art and Experience of Graphic Facilitation: Fireside Chat from Nexus4Change

On June 3, 2015, I sat around a virtual campfire with Steve Cady, Rebecca Bruns, John Spalding, and about 50 guests, and we talked about graphic facilitation as an art and as an experience. I was honored to be invited to think of myself as a warrior and an artist. The chat lasted a little over an hour and you can watch and listen to it here:

What I loved about this was the way Steve pulled in images from all around the web to prompt the discussion topics. I had a list of advance questions that I responded to, but the chat itself wandered in and out and around that list, so it was totally unscripted. It was a fun conversation, covering a range of topics, including the nature of virtual campfires, the New Media Consortium’s Horizon Report, graphic facilitation and technology, my personal mission on earth, interpretation and reflection in visual practice, and the emotional aspects of taking visual notes. 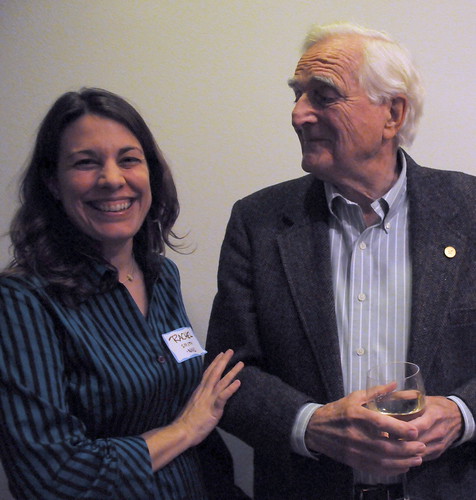