Interested in learning how to be a graphic recorder? Planning to be in Berlin in July? Have I got some news for you!

The fabulous Lisa Arora (of Get The Picture) and I will once again be co-leading the IFVP’s signature training, Graphic Recording 101 (or GR101). It will be held on July 22, 2014, in the awesome Hotel nhow. The workshop is scheduled as a pre-conference session in conjunction with EuViz, a brand-new conference hosted by Kommunikationslotsen and Neuland and co-hosted by IFVP. Already, EuViz promises to be something very special. The conference itself is sold out, but the pre-conference isn’t, and you don’t need to attend EuViz to attend GR101.

You can learn more about GR101 and register for it on the EuViz pre-con page. Not sure yet? Here’s the promo video for the workshop: 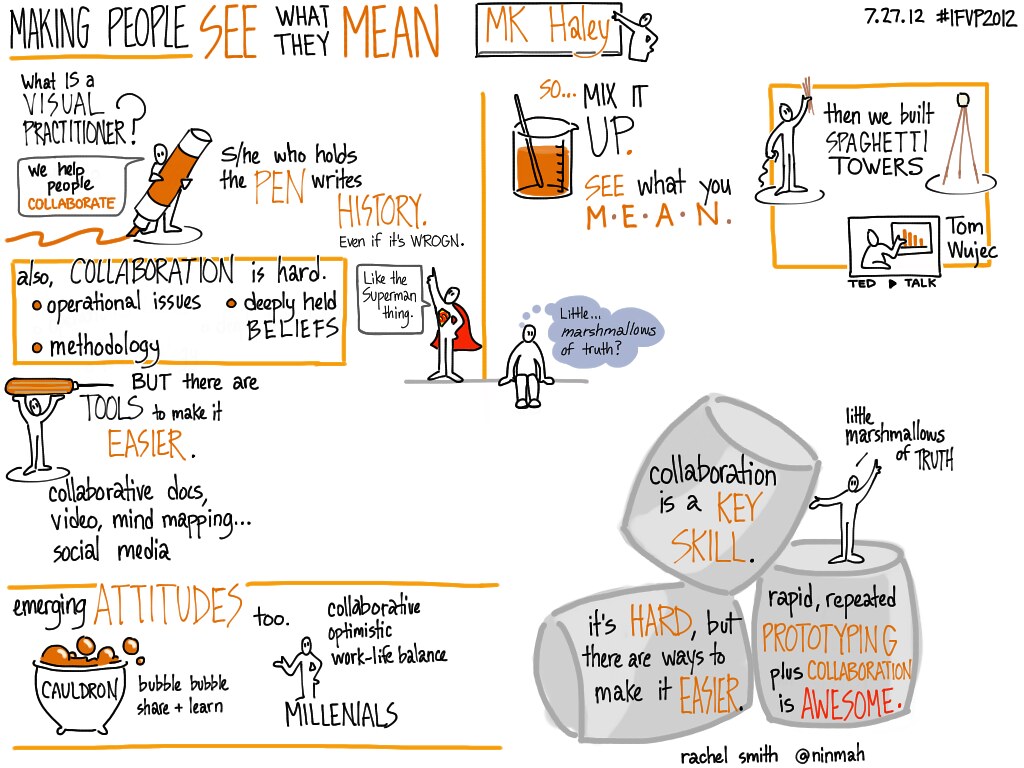 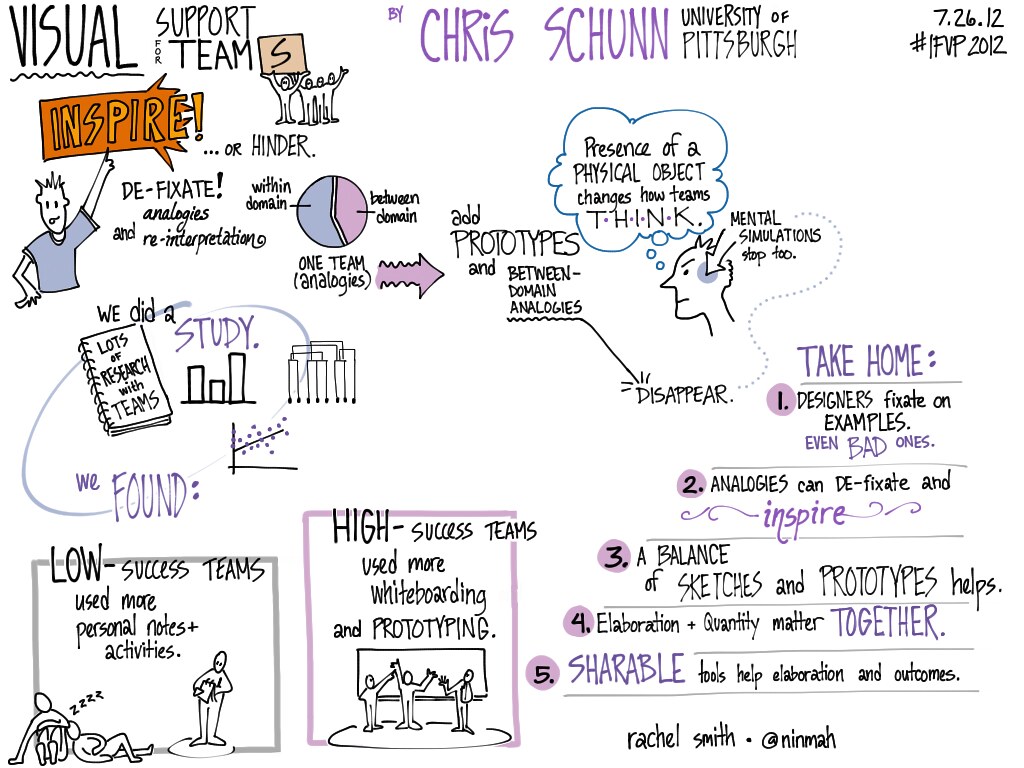 Today’s IFVP Online Graphic Jam met via WebEx, hosted by me. It was a bit of a mixed bag; at least four people were unable to connect because WebEx either didn’t work with their (admittedly older) OS, or because even though they had updated Java, WebEx insisted that they hadn’t and wouldn’t open. Bummer #1.

The whiteboard isn’t nearly as smooth as Elluminate’s, either, as you can see from the images here. Even those who were using tablets and pens had shaky lines. Bummer #2.

I logged in from my iPad as well, thinking it would be perfect for drawing on the whiteboard. Alas, the iPad can watch, but can’t join in. No tools at all except chat. Bummer #3.

And when I saved out the whiteboards, they were all stretched and weird, like this:

What’s up with that, WebEx?

On the plus side, once we figured out how to give everyone control of the pen so they could share the whiteboard (not very intuitive), we had some fun graphically jammin’!

The Graphic Jam, for those who don’t know, is where a bunch of people quickly draw a symbol or illustration of a particular concept. We tried to limit ourselves to 30 seconds per topic, but our timekeeper was lousy and kept getting distracted watching all the other drawings unfold! (Yes, that would be me.) It was fun to have that immediate opportunity to review everyone’s work — it’s a little more delayed in a paper-based jam.

Naturally, our lousy timekeeper also forgot to hit “record” on the session, but at least I did manage to save out the drawings that we made:

The first is the initial warm-up free for all, when everyone played with the tools to see what they were like, all at once, with no particular aim in mind. Next we each drew how we felt just then in a grid — you can see a couple of folks who were sleepy (it was very early or late in the day for them) and me with my hair all standing on end as I coped with the technology. I was still recovering from having to wade through obscure menus to enable drawing for everyone on the shared whiteboard. We also noted what we were drawing with (tablet, mouse, etc.).

The next few drawings are the graphic jam. The concepts we selected were, in the order they’re shown in the gallery: quality, speed, travel, and information overload. We tried to keep it to 30 seconds, but like I said, our timekeeper shouldn’t quit her day job.

The last drawing is one that we did all together, without speaking or writing any words. The task was to illustrate collaboration, collaboratively. It was interesting to try to jump in and be helpful and build on what others were doing.

Finally, we had a very brief discussion/Q&A about different tools for digital storytelling.

The next jam isn’t scheduled. We’re looking for people who have access to other meeting tools, like Adobe Connect, or who are willing to host a group using one of the free collaborative tools available. If you’re interested, let me know!

Elluminate as a platform for digital recording

Yesterday, Nancy White (@nancywhite) organized a little jam session for IFVP folks who wanted to try out Elluminate to test out its visual recording chops. Five or six of us got together for an hour and tried collaborative whiteboarding, screen sharing, video conferencing, and media sharing.

I used three different input methods to draw on the whiteboard: a mouse, a Wacom Bamboo tablet, and a Wacom Cintiq tablet. I definitely got the best results with the Cintiq; the Bamboo was okay, and would work for a meeting that didn’t move very fast. The mouse isn’t suitable for digital visual recording, but I think we all knew that already.
Nancy did a little series of exercises with us. The first one was for everyone to draw simultaneously on the whiteboard with no direction: just pick up the pen and draw. It was very chaotic, and even when we started out with a specific aim in mind, it quickly degenerated to doodling because the space was too crowded with other people’s work. The second thing we did was to work in a divided space, in which we each took a square and drew what we liked inside it. This was more organized, but it wasn’t really interactive. The last thing we did was to all illustrate a specific concept — “frustration,” for instance. We did this on a blank undivided canvas, but it worked better than the first one, although there was a little bit of overlap in some drawings.
Tomorrow I’m hosting something similar in WebEx so that we can see how it compares. If you’re interested, drop me a note and I’ll get you an invite to the meeting. You don’t need a tablet to participate!